How Intek Makes Truck Financing Easy for a Family Business 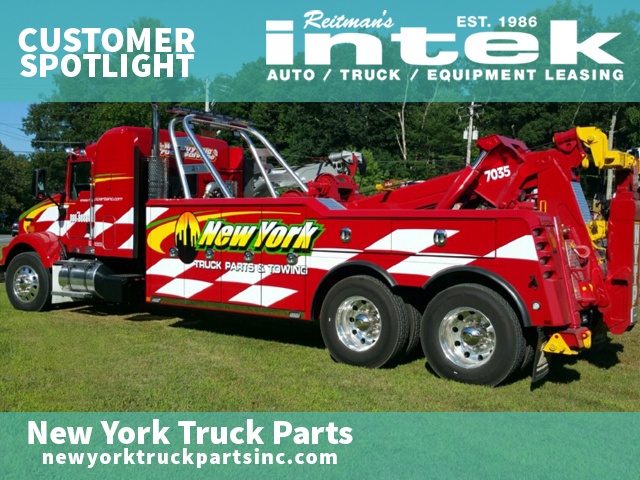 Easy. Quick. Hassle-free. If you’ve tried to finance a commercial truck before, those might not be terms you’d associate with a bank.

Yet those are the words Gary Mann, owner of New York Truck Parts, uses over and over to describe his dealings with Intek. There’s another one that comes to mind: Family.

Based in Wurtsboro, N.Y., the company currently has multiple dump trucks financed with Intek. Its current primary sources of businesses are truck parts, towing, and scrap, along with rebuilding transmissions and rear ends.

How a Commercial Truck Partnership Began -- and Grew

NY Truck Parts opened in 1975, and Mann was one of Intek’s original customers when it was founded by Billy Reitman in 1986. With Intek by his side, Mann was able to expand his business to new offerings.

“We were in the automotive, towing gas station and body shop business in the ’80s. Our first dealing with Intek was with tow trucks,” Mann says.

Mann found that Intek answered the call -- literally -- through its versatility whenever he found something he needed financing for, regardless of whether Intek had experience in that field.

“There was a time when my bank actually said no. … I needed a machine in my (tow) yard that was a half-million dollar machine.” Mann explains.

Mann’s bank didn’t want to take on the liability -- the staff had never even heard of his machine, being so unfamiliar with the industry. But Intek stepped in with a deal.

“Without them I wouldn't have been able to do a lot of stuff. I bought a car baler in the ’90s. I was able to increase productivity because they were able to do that.”

That’s not the only case of Intek helping NY Truck Parts evolve, according to its owner.

“I remember in the ’90s they did a spray booth for me. They had no experience in it … and they wrote the spray booth,” Mann says.

“That's what’s the best part about them. They don't just lease for trucks. … If you have a good idea, they're your partner, they’ll get along with you.”

Mann’s major frustration with financing prior to using Intek was the shoddy response time he experienced with banks.

“The banks in the old days used to have a committee meeting, and you’d have to wait seven to 10 days for approval. Intek was just lightning fast. A lot of times if I needed equipment and I found something, I needed an instant answer for credit,” Mann explains.

“If I find something today and I tell (Intek) I need it, they can have it in as a little as a day. Banks just can't do that.”

Now Mann rarely considers anyone else when it’s time to finance.

“I’ve developed a really great relationship with the Reitmans. Eighty percent of everything we do is through them,” Mann says.

“The speed and the service are the two key things. The service is tremendous. I was in Florida once and found a truck and called the office, and they wired me the money. You can't get that at a bank.”

Intek speeds the process along by:

How much red tape has Mann come across during his time with Intek?

“Absolutely none. Not one bump from day one,” he says.

Another Intek quality Mann keeps coming back to -- and you won’t get at the bank -- is its commitment to the customer relationship.

That wasn’t what Mann was expected when he began his relationship with Intek.

“At the time, just speed,” he says of his criteria when picking Intek 31 years ago. “Then it developed into a personal relationship.”

Mann appreciates not having to deal with a different person each time someone at Intek picks up the phone.

“They know how to keep their customers happy. It's like dealing with family.”

Mann pointed out that Intek may be a point or two higher on its rates, but money is far from the only factor a fleet owner should look at when seeking financing.

“They’re very competitive, it’s not like they're overcharging anybody,” he says. “But you get so much more service with them than you do with a bank.”

Mann, who has recommended Intek to several friends and colleagues, concludes that alternative lending is a much more stress-free experience than going back and forth with a bank. 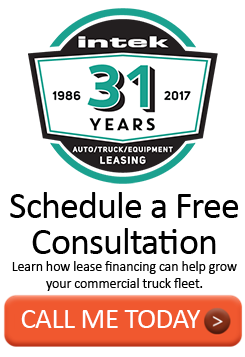